To provide for reimbursement of losses incurred as a result of the seizure of a U.S.

commercial fishing vessel by a foreign country on the basis of rights or claims in territorial waters or on the high seas, which are not recognized by the United States.

Steady Rate Decline of Homelessness for a Third Straight Year

Cost, Fear and Lack of Information as Barriers to Learning CPR among Minorities

The Story of a Homeless Girl

Incredible Bubblegum Can Clean Teeth and Still Be A Treat

citizen and the owner or charterer of a fishing vessel documented as such by the United States.

Reimbursement of losses and costs (other than fines, license fees, registration fees and other direct costs which are reimbursable through the Secretary of State) incurred as a result of seizure.

The vessel must be documented or certified under the laws of the United States.

Must be a U.S. citizen and the owner or charterer of a fishing vessel documented as such by the United States, and must have paid a premium fee, if one is required, for the year in which the seizure occurs.

Proof of documentation of vessel and proof of claim.

Application forms may be obtained by writing or calling: Office of Marine Conservation, Bureau of Oceans and International Environmental and Scientific Affairs, Room 5806, Department of State, Washington, DC 20520-7818.

Any owner desiring to enter into an agreement with the Secretary of State under the authority of Section 7 of the Act shall make application to the Office Director, Office of Marine Conservation, Bureau of Oceans and International Environmental and Scientific Affairs, Room 5806, Department of State, Washington, DC 20520-7818. The application shall be accompanied by a fee if required, in the amount established by a fee schedule in effect at the time of application. After agreement is executed, no fee paid or portion thereof is returnable. Application for reimbursement of losses will be accepted only from insured owners.

Review and approval will be made by the Assistant Secretary for Oceans and International Environmental and Scientific Affairs, Department of State.

All determinations under this section are final and are not subject to arbitration or appeal.

Agreement is renewable upon payment of a premium fee, if required, and completion of current Application for Guaranty Agreement.

From effective date of agreement for balance of fiscal year ending on September 30. 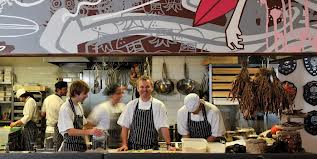 Cornwall, England has been christened as the first-ever rural social enterprise zone. Minister for Civil Society Nick Hurd remarked that what was happening in Cornwall was an example to the rest of the United Kingdom.