Beyond Your Child's Classroom

AmericaÃ¢â‚¬â„¢s students today suffer from a prevalent backward predisposition towards their own future success. Lulled into a false sense of security by their surrounding society and influences, plus a slackening of school requirements for excellence, students would rather stage a protest against additional time in school than for the possibility of adding to their own learning prowess. The overriding attitude toward time spent in school as that of Ã¢â‚¬Å“getting through itÃ¢â‚¬Â instead of active strengthening of a students learning ability has led to an increasingly poor showing in academic performance. This drop in performance is a harbinger for the future of American business and its societal place among the rest of the global community.

Multifaceted in its make-up, the problem stems from several incorrect perspectives and conceptions of the reality of the student condition. The studentsÃ¢â‚¬â„¢ lack of engagement is partially a response to the values and goals held by adult society as a whole. One example of this multi-tiered problem is that a clear message has been sent to AmericaÃ¢â‚¬â„¢s children that success in later life is not contingent on the tangible everyday work of the school day. Students have been led to believe, perhaps subconsciously, that luck, connections, and the like have as much to do, or more to do with success as any striving for academic superiority. All of society, even the students themselves, contributes to this and other problems surrounding todayÃ¢â‚¬â„¢s educational system, and it is an invisible cancer eating away at the nationÃ¢â‚¬â„¢s future.

Since the mid-1960s SAT test scores have dropped significantly. At first this was considered the result of an influx of lower performing students from diversely ethnic backgrounds; however, there was also an identical drop among the white majority in overall testing. Surprisingly, the deepest drop happened during periods of stagnant growth and is not limited to test taking. In measures of skills and talents of how students read, write and add and measures of what can be done with these talents, there has been significant decline since the early 1970s. Poor academic performance is even apparent among top students. There has been no improvement whatsoever among all classes and strata of students and this leveling off of academic improvement is cause for alarming concern. AmericaÃ¢â‚¬â„¢s best and brightest do not fare well against other countriesÃ¢â‚¬â„¢ students who are considered average in their own country. AmericaÃ¢â‚¬â„¢s Ã¢â‚¬Å“AÃ¢â‚¬â„¢sÃ¢â‚¬Â do not equal other developed countriesÃ¢â‚¬â„¢ Ã¢â‚¬Å“CÃ¢â‚¬â„¢sÃ¢â‚¬Â.

Imagine if you will, America striving to stay atop the economic world while employing citizens who cannot even read or write in a competent manner. The economic costs of such a tragic waste of time and money on schooling and re-schooling just to formulate a competent workforce for the basics is akin to Ã¢â‚¬Å“whistling past the graveyard.Ã¢â‚¬Â Capitalism has brought America to the top of the economic world. Will the relentless pursuit of economic positioning among AmericaÃ¢â‚¬â„¢s people and businesses at the expense of our own future slowly kill us internally?

Amazingly, AmericaÃ¢â‚¬â„¢s response includes a lessening of the requirements for successful SAT test taking. Those who have allowed students to produce less than other students had to produce 25 years ago have deluded AmericaÃ¢â‚¬â„¢s youth. Performance that received barely a passing grade a quarter of a century ago is now given a Ã¢â‚¬Å“well doneÃ¢â‚¬Â with a passing grade. There are many reasons for lessening these requirements and some people will tell you that it was a needed move for equality to all students, but these people are misguided and be fret of the facts. They do not understand the toll it has taken on AmericasÃ¢â‚¬â„¢ academic health by giving students an easier time of their work and thus resulting in a student community that has become painfully average.

But what, you may ask, is the nationÃ¢â‚¬â„¢s major servant, the government, doing for todayÃ¢â‚¬â„¢s student? The political arena has certainly given its best shot at curtailing these alarming problems of school performance disintegration. Unfortunately, their efforts have resulted in a zero return on investment. When the fine points of schools are studied, such as teacher evaluation and program organization, it is found that schools can make at least a marginal difference. The liberal view point, as always, is that more money must be spent to create better environments and opportunities for learning. This has given schools a many facetted look of academic and non-academic parts that give the student a wider range of influences beyond books and lectures. Naturally, the conservative view is that this spending has only caused an erosion of studentÃ¢â‚¬â„¢s performance resulting in over distraction and the whole process must be returned to the basics. The fact, however, is that student work quality dropped off long before any of this spending happened and was the causality for it in the first place. TodayÃ¢â‚¬â„¢s problems are not only the schools themselves, but the entire social environment that students are growing up in. There is an attitude that over half of all students in America have that has dropped overall performance. When one takes into account that students without this attitude, those who can Ã¢â‚¬Å“swim against the streamÃ¢â‚¬Â of indifference succeed in American schools; it proves that outside influences have taken their toll on the rest of the student nation. Therefore, any government measures to shore up the educational system cannot solely concentrate upon the schools themselves. The entirety of a childÃ¢â‚¬â„¢s life must be studied and the influences thereof reformed, if possible.

The level of engagement or disengagement of students is the number one precursor of success in school. Outside influences that direct these measures can cause a downward spiraling effect that the student is barely even aware of. For instance, students who work are given less responsibility in their school work. The student becomes increasingly bored and therefore works more hours outside of school, and the cycle continues. Too many studentsÃ¢â‚¬â„¢ engagement problems also are the result of social attitudes. Class time is the Ã¢â‚¬Å“commercial,Ã¢â‚¬Â as it were, to be sandwiched in between their real lives which is composed of their extra school network. Among this network it is believed that striving to succeed well in school and being involved in class activities is a waste of time and Ã¢â‚¬Å“uncool.Ã¢â‚¬Â The majority of students feel that all one has to do is get through school and graduate, it isnÃ¢â‚¬â„¢t necessary to do well or learn anything in order to succeed once school time is completed. The concept of the brain being a muscle which must be exercised much like their physical bodies is anathema, if realized at all. Too many of these students, their parents, and the surrounding working world know all too well that no one is going to look at a studentsÃ¢â‚¬â„¢ grades from grammar school and high school when considering employment. Therefore, due to this invisible work record, the level of engagement in class can be at whatever level will get you passed to the next grade.

Any study based on student ethnicity differences may at first be met with a politically incorrect label, but much can be learned by studying the effects that the American school system has had on immigrantsÃ¢â‚¬â„¢ children who come to this country. Alarmingly, it is a statistical fact that the longer a family remains in America, the more school success erodes with each generation. This is true for some ethnics more than others and points out some glaring problems which continue to be largely American in scope. Ethnic differences in achievement persist across a wide spectrum even if we take into account economic differences. Pervasively, it is found that Asian students do far better than other ethnic groups across all strata and the strongest indicator was their degree of engagement in studies. Asian children find no shame in being good students. A more accurate gage of student success can be found in what those students believe to be their chances for success later in life. Asian students do a better job in school due to the fear of not getting a good job after school if they fail. They are also emotionally involved in the pride of their parents and join their Asian peers in striving for success, often mixing their socializing with school studies. Children of other races, however, suffer from an undue optimism about their chances for success later in life. This perspective has a direct connection to how poorly they do in school. The students of African-American heritage and those of Hispanic descent tend to believe that it wonÃ¢â‚¬â„¢t matter how they do anyway and subconsciously forgive themselves from striving for excellence. Sadly, in many cases they may have seen concrete evidence for these attitudes in the failure of the idealized American dream within their own families. Many of those families also seem to communicate to the child that there will be a loss of culturalism if one gets a good education in America and then begins to act Ã¢â‚¬Å“white.Ã¢â‚¬Â Unfortunately there are too few examples of African-American and Hispanic intellectual success for these children to emulate. In the social group, Asian students donÃ¢â‚¬â„¢t have this problem as they are often allowed to be, if not expected to be, a part of the Ã¢â‚¬Å“brainÃ¢â‚¬Â crowd. The nations Ã¢â‚¬Å“whiteÃ¢â‚¬Â children themselves appear to be ambivalent as to their own futures, sharing the problems of both successful and poorly performing ethnic students. They fall into the majority of Ã¢â‚¬Å“BÃ¢â‚¬Â students in most groups, but suffer from the outside influences that have made those Ã¢â‚¬Å“BÃ¢â‚¬â„¢sÃ¢â‚¬Â of today equal to the barley passing grades of yesteryear. The surprising minority of all ethnic and white students who do not fall into these negative attitudes presents further evidence that success in school is a matter of perspective and approach and not one of skin color or national background.

As stated already, the longer a studentÃ¢â‚¬â„¢s family remains in America, the less productive the student. Partially to blame is the concept that Ã¢â‚¬Å“grades make you what you are.Ã¢â‚¬Â If a student relaxes himself in his efforts and then does less productive work, he usually gets lower grades. But todayÃ¢â‚¬â„¢s majority of students who donÃ¢â‚¬â„¢t perform well believe that their lack of success is due to other factors surrounding them, be it luck, family problems, economic woes, et cetera. Therefore, when these students get Ã¢â‚¬Å“DÃ¢â‚¬â„¢sÃ¢â‚¬Â and Ã¢â‚¬Å“CÃ¢â‚¬â„¢s,Ã¢â‚¬Â it is perceived as a reflection of their identity. The successful student, and there are many in todayÃ¢â‚¬â„¢s American schools, believes his own hard work and effort or lack thereof is a cause for success or failure. These students prove it everyday to themselves that it is not the American school system that has failed them if they get poor grades. Socially, however, they may suffer the scorn of their peers who do not do so well. Due to a prevailing attitude among students of a cavalier Ã¢â‚¬Å“marking timeÃ¢â‚¬Â in school, which results in lower grades, the psychological defense has been the blind agreement of Ã¢â‚¬Å“coolnessÃ¢â‚¬Â or being Ã¢â‚¬Å“with itÃ¢â‚¬Â if school is given a casual glance of attention. ItÃ¢â‚¬â„¢s a dangerous psychological trap that has AmericaÃ¢â‚¬â„¢s students wasting away on the vine. This trend is not seen in other similarly developed countries and mirrors the internal American problem seen in the generational decline of immigrant students.   (continued...)

Beyond Your Child's Classroom
Page 2

First Time Homebuyer Programs in Maine
The first time homebuyer programs of MaineHousing are all especially designed to contribute to the achievement of its primary agency mission which is to "assist Maine people to obtain and maintain decent, safe, affordable housing and services suitable to their unique housing needs."

Small Business Administration's Loan Guarantees Program
The Small Business Administration has established the Loan Guarantees Program wherein they aim to be able to provide guaranteed loans to small business establishments which are not capable of acquiring financing from a private credit marketplace but greatly manifests the ability to repay funds in a timely manner. 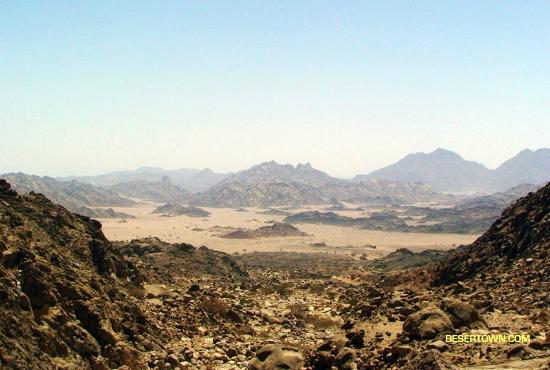 Beyond Your Child's Classroom